The mission of the Feed the Pack Food Pantry at NC State is to help meet the food needs of all members of the NC State community with dignity and respect.

Students, faculty, and staff from across the university began recognizing the amount of food insecurity experienced at NC State in the spring of 2012. A steering committee was formed to research other college food pantries in the area and determine the feasibility of opening one at NC State. After realizing the great need for a pantry at NC State, the steering committee worked on gathering donations and developing a Student Leadership Team that would run the pantry’s operations while the steering committee was transformed into an Advisory Board. The first space in 379 Harrelson Hall was donated by NC State Facilities, and the initial funding for our shelving came from Rodgers Construction–the company that built Talley Student Union.

The original location of the pantry was in a small classroom, 379 Harrelson Hall. In 2015, Feed the Pack had a brief seven month stay in 127 Carmichael Gymnasium. In December 2015, Feed the Pack found themselves moving to another temporary location in 1333 Broughton Hall. Finally, in August of 2018, Feed the Pack made its final and hopefully permanent move to the Quad Commons, a location that was previously a C-Store.

Feed the Pack first opened its doors to students, faculty, and staff in November 2012. Since that time, it has served over 16,000 visits to the pantry and given out over 325,000 pounds of food. Countless student organizations, individuals, departments, offices, and community partners have helped Feed the Pack reach its goals over the past eight years. 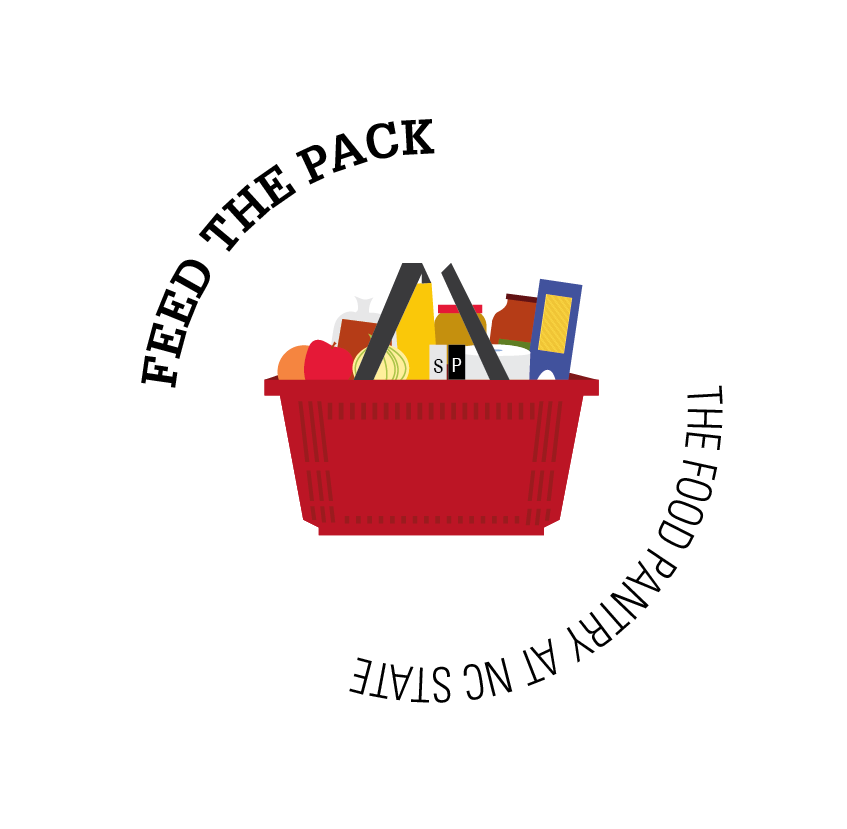